Natalie Portman To Marry Next Month? 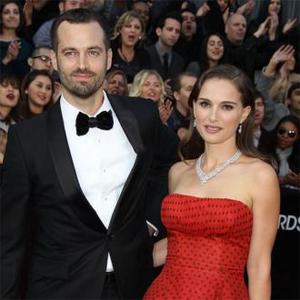 Despite reports claiming the couple - who have a 12-month-old son, Aleph, together - had already tied the knot earlier this year, friends say the nuptials will take place in Big Sur, California, on August 5.

One told America's In Touch magazine: ''Natalie and Ben will marry in Big Sur. It's one of Natalie's favourite places - whenever she needs a break from LA she goes there.''

Just 60 guests will be invited to the ceremony and the couple want the event to be as laid-back as possible.

The friend added: ''This wedding is for their closest friends and family. It will be a very relaxed affair. They're not sending out invites. Natalie may not even buy a new dress!''

Natalie met choreographer Benjamin on the set of 'Black Swan' in 2009 and they got engaged in December 2010.

When she won the Best Actress Oscar for the film in 2011, she paid tribute to Benjamin, calling him her ''beautiful love'' and thanked him for giving her the ''most important role of my life''.

She gave birth to their first child in June 2011 and at this year's Academy Awards there was speculation they had already tied the knot as they both wore bands on their wedding ring fingers.