Benjamin Millepied says he and wife Natalie Portman originally planned to have their children ''back-to-back'' but eventually decided to wait before having another baby. 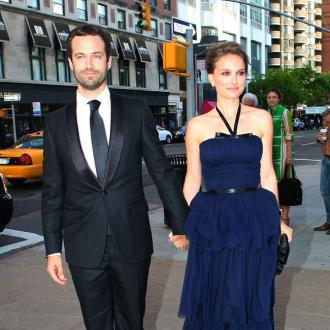 Natalie Portman and Benjamin Millepied planned to have their children ''back-to-back''.

The 'Black Swan' actress and her choreographer husband discussed having another baby as quickly as possible after their son Aleph, now 15 months old, was born but eventually decided to delay their plans to further expand their family.

Benjamin said: ''We thought about going back-to-back but then decided to wait.''

The couple - who married in August - regularly host music nights together, where they invite friends to their home and watch different acts perform.

Explaining how he came to make a video for IO Echo's single 'Eye Father', Benjamin told The Independent Magazine: ''We host music nights at our house sometimes, so we had them come and play.

''I loved their music and was looking for an interesting band to work with, so that's what happened.''

Despite the attention he and Natalie receive as a couple, Benjamin insists he has learned not to be bothered by it.

He said: ''It was certainly a learning curve. A life-change in fact. But now I've learned to live with things like that in a way that it doesn't have an emotional impact on me, or disturb me, or take me off track.''