Orange Is The New Black Star Natasha Lyonne Fears She Has Missed Her Chance To Appear Nude On Screen And Wishes She Had The Chance To At Least Go Topless When Her Boobs Were "Perkier". 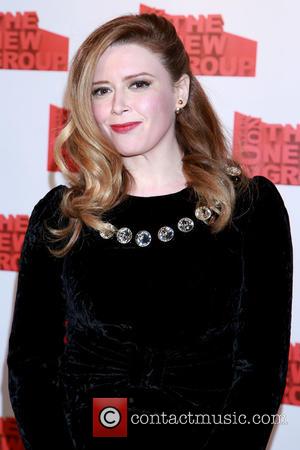 Picture: Natasha Lyonne - A variety of stars were photographed as they arrived for The New Group 20th Anniversary Gala which was held at the Tribeca...

The 36 year old admits she's usually bra-less and shirtless when she's at home and would still like to show off her body in the right role.

She tells Playboy, "I always felt like saving my t*ts for the right thing to come along, and it never happened.

"I would be more inclined to do a nude scene if it wasn't about sex, but I wish it had done it when they were perkier, because now it's going to be significantly less exciting.

"For anybody who sees them in a future as-yet-unknown project, I want them to think, 'Damn, I wish I had been seeing those t*ts for years...'"