Natasha Mcelhone Made Ugly For Kid

British screen beauty Natasha Mcelhone had to be made ugly for her role in 'The Kid' because she was too beautiful for the part. 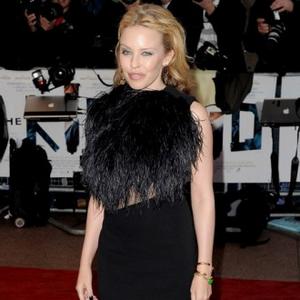 Natasha Mcelhone was made ugly for her role in 'The Kid'.

Director Nick Moran admits the British actress - who shot to fame starring in 'The Truman Show' with Jim Carrey - was too beautiful for her part, so the make-up team had to work hard to make her less attractive.

Speaking on the red carpet at 'The Kid' premiere in London's Leicester Square last night (15.09.10), Nick said: "Yes we put a lot of make-up on her to ugly her up a bit for the role, but it's not 'Planet Of The Apes' type make-up, she still had to act underneath all that stuff and she was amazing and really breathed life into the character."

The film is based on the autobiography of Kevin Lewis, who suffered a childhood of abuse and neglect at the hands of his own parents and school bullies before became involved in a life of crime before turning his life around and Nick hopes this project will spark a renaissance in gritty British movies.

Nick added to Samuel-Dean.com: "There's been a spate of rather silly British comedy films being made in the past few years and for a time that seemed to be the only type film being made in this country so I hope 'The Kid' is a success and it opens The Doors for more serious drama to be made in the UK."

Kylie Minogue also attended the premiere in her role as an ambassador for charity the NSPCC (National Society for the Prevention of Cruelty to Children) - which is affiliated to the film in order to raise awareness of child abuse.

The pop superstar hopes the movie can raise awareness of the work the charity does for countless kids in the UK.

She said: "Child abuse is a terrible thing that blights young lives and hopefully with greater awareness of the problem we can eradicate it from the UK.

"But I'm also happy to be involved tonight because this film is a great story of hope showing that children don't have to be victims of their upbringing and can pull themselves out of the vicious circle of abuse."

Other stars at the premiere included rapper Professor Green and actors Kevin Lewis and Jodie Whittaker, who also star in the film.

Natasha Mcelhone Made Ugly For Kid