Despite having a pretty incredible music career to his name already, Fun's singer, Nate Ruess, discusses his amazing time working with Beck on his début solo album.

With Nate Ruess releasing his debut solo album, he spoke to us at contactmusic.com about working with Beck - one of his favourite musicians. According to Ruess, his love for Beck stems from the artist's continuing ability to release new and interesting music, as well as his ability to shapeshift musically, and take on various different styles and genres at will.

When Ruess originally reached out to Beck to work on his album, he had already an idea for the song - and it was supposed to sound like Beck's 'Midnight Vultures' album. While he was a fan of both the albums 'Sea Change' and 'Modern Guilt', Ruess didn't want to make Beck record more music like that because he "didn't want to give him more of that, because he'd just been touring with that for a whole year". After continuing to work on the song for a bit, he soon discovered that it "wasn't like 'Midnight Vultures', unfortunately, but it was what it was, and I'm quite proud of that."

Having been part of the music industry for around fifteen years, Nate Ruess certainly has an understanding for how it all works. With release of 'We Are Young' in 2012 through his band Fun., he gained commercial success with a song that took the world by storm. Now he's reached the perfect time to release a solo album, ahead of which he sat down with Contact Music. While talking to us, he gave us some great insight into his work with Beck, learning about "damage control" on personal songs, and awards for songwriting.

Hey, Nate - how are you doing today?
I'm great! Chilling out in London feels good. Just about to do sound-checks because I'm playing at Wilton's Music Hall later.

Your debut solo album, 'Grand Romantic', is set for release next week - what led you to undertake a solo project?
Y'know, I quite enjoy challenge. When we released 'Some Nights' I didn't really expect all the success we had and I was able to check off a lot of goals that I didn't even know I had. After that we were in-between phase with albums, I just thought it would be great to do a solo project because I'd been in a band for fifteen years. Now just felt like the perfect time.

He's already watched Fun.'s lead guitarist break away to do his own new thing, but now frontman Nate Ruess has finally made the decision to go solo for the first time with his upcoming debut album 'Grand Romantic'. And after this emotional onslaught, you'll sort of feel like you know him personally.

Ruess admits that while he always writes personal songs, his new album marks a very thorough digging through of feelings and memories. A cathartic experience for the songwriter, who admits he's had a very personal issues to contemplate over the writing process and finds it difficult to write from an objective perspective.

The Fun. frontman takes on his own one-man side-project.

Nate Ruess is the latest member of chart-topping indie band Fun to break off into a side-project, with his highly anticipated debut solo album 'Grand Romantic' now set for release this Summer with production from Jeff Bhasker and Emile Haynie.

Nate Ruess to release his debut solo album this Summer

The album sees the return of previous Fun collaborators as well as a bunch of other contributing artists such as Josh Klinghoffer of Red Hot Chili Peppers and Lykke Li, who both appear as guests on 'Grand Romantic''s upcoming lead single 'Nothing Without Love'; an uplifting pop anthem with a video directed by the much accomplished Anthony Mandler. Ruess first performed the track at this year's iHeartRadio Music Awards. By Lauren James in Lifestyle / Showbiz on 17 September 2013 Continue reading: Pink To Be Awarded Billboard's Woman Of The Year: "It's Been An Incredible Year" 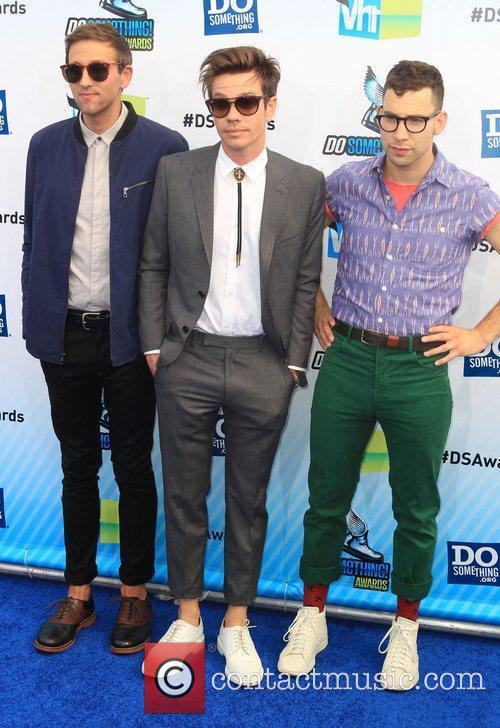