Nathalie Emmanuel has ''accepted'' her 'Game of Thrones' character could die at any time, but wants a ''heroic'' death if she is killed off.

The 26-year-old actress admitted she is already thinking about how she might be killed off in the HBO series -in which she plays handmaiden Missandei - and is hoping to make viewers sob is she does bow out.

The star - who joined the cast of the fantasy drama in 2013 - explained she has already convinced herself her character could die soon, especially after Kit Harington's character Jon Snow was spectacularly stabbed in the most recent series.

Speaking at the new cast launch of 'The Curious Incident of the Dog in the Night-Time', she explained: ''I think everyone knows that characters can die at any time, so I've kind of accepted that it could be my character's fate. But obviously I'd love to stay on the show because I love working there.''

'The Curious Incident of the Dog in the Night-Time' continues at Gielgud Theatre in London. For further information on the show visit http://www.curiousonstage.com/ 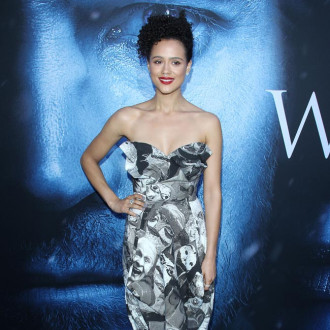