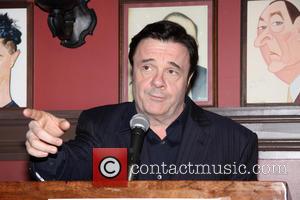 Nathan Lane is slated to reprise his lead role in hit musical Guys and Dolls for a one-night only benefit concert at Carnegie Hall.

The Broadway veteran is set to take on the iconic role of 1950s gangster Nathan Detroit once again, as part of a special benefit for the famed New York City venue's Artistic and Music Education programmes.

Lane starred in the 1992 revival of the classic musical, earning him his very first Tony Award nomination.

Starring alongside Lane is former Will and Grace star Megan Mullally, who will be playing Lane's love interest, Miss Adelaide.

Rounding out the cast is The Watchmen actor Patrick Wilson as high-stakes gambler Sky Masterson, and Broadway star Sierra Boggess, who will take on the role of Christian missionary Sarah Brown.

Lane and his castmates will take to the Carnegie Hall stage on 3 April (14).