Nathan Lane demonstrates his superb acting talents in 'The Nance'. 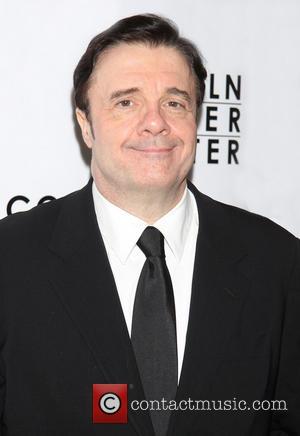 'The Producers' star Nathan Lane shines in Douglas Carter Beane's new play 'The Nance' set in the twilight of the burlesque era. The production opened at the Lyceum Theatre on Broadway on Monday night (April 15, 2013) to seemingly unanimous praise from even the most discerning of theatre critics.

Lane plays Chauncey Miles, a headline performer in New York burlesque, who also happens to be a homosexual. The show explores the difficulties of a homosexual man living and working in the secretive and dangerous gay world of the 1930s, which Lane appears to demonstrate with aplomb. "The Nance, a Lincoln Center Theater production directed by the estimable Jack O'Brien and featuring a fine supporting cast, is the most ambitious work to date from Mr. Beane," said the New York Times. The New York Daily News said, "Lane has won Tonys for musical star turns in "The Producers" and "A Funny Thing Happened on the Way to the Forum." Under Jack O'Brien's assured direction, he's funny, sad and touching as the conflicted Chauncey."

The Huffington Post directed most of its praise at Lane's performance, saying, "As he's [Lane] previously demonstrated, he has the uncanny ability to make audiences laugh while tugging at their heartstrings - the gift indicating more than a spark of genius."