Jai Brooks reveals to fans how ex-girlfriend Ariana Grande was cheating on him with The Wanted's Nathan Sykes before they'd even broken up. 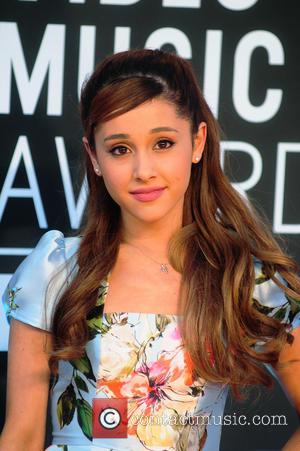 In probably the most public break-up in recent celebrity history, Jai Brooks has outwardly accused his former girlfriend Ariana Grande of 'cheating' on him with The Wanted's Nathan Sykes.

The YouTube prankster appeared to confirm rumors that his 'Victorious' star girlfriend has in fact cheated on him with her new boyfriend in a lengthy rant over Twitter, after the two emerged to be dating only weeks after Ariana and Jai's relationship ended.

"Yes I was cheated on. Yes it does suck. Yes I was left for another man," was how Jai's open letter to his fans began (pretty unambiguous, really).

The post continued to describe how he feels about the situation, stating "[Nathan's] actions caused me to not be able to sleep at night and not see the world as a beautiful place," but he insisted that he is moving on, that he wishes the new couple happiness.

Bizarrely, he goes on to say that he's "not going to go into the full story of what happened because it isn't anyone else's business" - not that we need him to; 669 words is quite enough info in our books! The heartbroken soul also shared his own philosophy on love: "That's what relationships do, they make you the happiest person in the world and all of a sudden a miserable wreck."

Ariana has responded to the Tweets, saying in her own rant "Woke up this morning in complete and utter shock... I guess I shouldn't be so surprised." She also pleaded with all her female followers to have respect for themselves and always defend themselves against adversity. "You said to me if I didn't come back to you, you'd make me look bad to the entire world... I'm no longer afraid of you or your lies anymore," she added about the situation, probably for everyone else's information rather than his.

She revealed in September that she and Nathan were dating, but confessed that they 'hesitated saying anything as people can be a bit insensitive'.