The Wanted's Nathan Sykes is reportedly dating Ariana Grande after they collaborated on 'Almost Is Never Enough' for 'The Mortal Instruments: City of Bones' soundtrack. 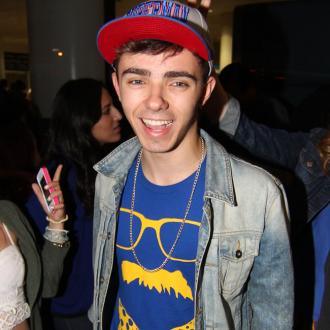 The duo - who share a manager, Scooter Braun - recently collaborated on the song 'Almost Is Never Enough' for 'The Mortal Instruments: City of Bones' soundtrack which reportedly led to a romance.

Ariana, 20, recently gushed about Nathan in an interview, praising his work on their duet.

She said: ''Nathan just sang the hell out of it. I thought it was Brian McKnight. I'm like, 'Who is this?' Honestly, I wasn't expecting it. I didn't know he had that in him. I saw him perform live on one of the radio shows that we were at together, and I was like, 'Damn, he can sing.' This song I think will pleasantly surprise a lot of people. It's very beautiful and very emotional and I love, love, love what Nathan did to it. It was a great, great, great surprise.''

The 'Sam & Cat' actress previously dated YouTube star Jai Brooks of the Janoskians and was recently linked to Justin Bieber.