Naughty Boy has confirmed Zayn Malik will feature on his new album, making the collaboration the first time he will have released music outside of One Direction. 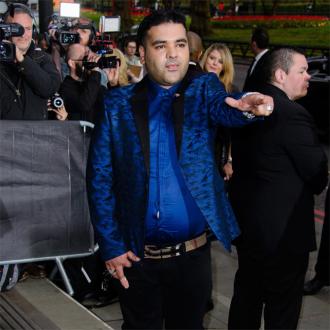 Naughty Boy has revealed Zayn Malik's first post-One Direction release will be on his second album.

The producer has been supporting his friend in the wake of his departure from 1D and has now confirmed Zayn has recorded a track his upcoming LP, the follow-up to 2013's 'Hotel Cabana'.

Speaking to BANG Showbiz at The 60th Anniversary Ivor Novello Awards, he said: ''Zayn is definitely going to be on the album. I'm keeping it interesting. I'm an artist person and I'm drawn to proper singers and artists and to me Zayn is the epitome of a great artist. Our track is going to be ready in a couple of months ... You are going to be shocked by what he comes out with ... I feel that the last five years have the most important for him but I feel he has a future beyond that.''

When quizzed on whether or not the tune will be a single, he teased: ''Maybe, maybe...''

Naughty Boy has a whole host of other big names on the LP, including Miguel and Emeli Sande - who has worked with previously - and his goal is to make a record with no ''boundaries'' and to get Janet Jackson on a track.

He said: ''I've just met Ben Howard and we're going to work together, I've reached out to Annie Lennox, I want to get her on the album her Grammys performance was amazing. These are people for my album, I've been working with Miguel and Emeli is going to be on it. This is an exciting mix of people and a mixture of what is exciting about music right now. There are no boundaries, I can be a Naughty Boy on the album and off the album, there are no restrictions for me. There's no concept this time, I just want to do straight hits. It's varied, I think that's what someone in my position should do. I want to get Janet Jackson, I want to do a song with her.''

Naughty Boy has felt the wrath of One Direction's fans on Twitter since he got embroiled in Zayn's online spat with Louis Tomlinson, something he admits shocked him.

Now, the music maker just wants to get ''back to business'' and get his record out.

Revealing his surprise at the vitriol aimed at him online, he said: ''I never anticipated this because I am in my own musical bubble, I'm just a creative. For me, the whole reason I got involved (in the spat) is because I have been working with Zayn, not because I've got anything untoward against anyone. Obviously the One Direction machine is a massive machine, maybe I didn't understand it. And there's no doubt about how passionate their fans are. I just became part of the jigsaw, but I'm not entertaining it like others would. I want to get back to business. I want people to be excited about music and not what's been going on, that will always blow over.''