Pregnant Actress Naya Rivera Is Adding Baby Blogger To Her Resume To Document Her Journey To Motherhood. 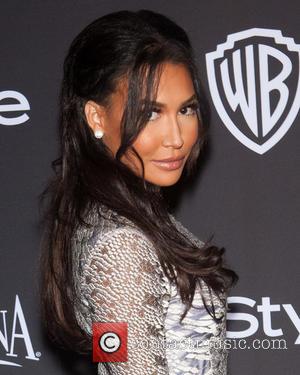 The former Glee star is expecting her first child with her new husband Ryan Dorsey, and the mum-to-be has signed up to share her experiences with People.com readers for the website's Moms & Babies blog.

In her first post for the site, Rivera reveals she and actor Dorsey "weren't exactly trying" for a baby so soon after their July (14) marriage, but they were not using contraceptives, either, and her pregnancy came as a pleasant "surprise".

She goes on to admit she has been turned off eating Thai food following her pregnancy, but everything else has gone rather smoothly.

She writes, "I am one of the lucky ones. I never experienced morning sickness and only had an unfortunate vomit incident after a lunch of Thai food (I've now sworn off Thai forever).

"I think I truly am one of those women that could either be a surrogate or a testimonial on I Didn't Know I Was Pregnant because it's been so easy thus far and I'm incredibly grateful for that. Especially because I know that every woman is different and most women experience a very different kind of first trimester. One of my best friends is pregnant right now and has had awful nausea for weeks."

However, Rivera claims it hasn't been "all roses", confessing, "I currently feel the size of a small studio apartment and am constantly thirsty, out of breath, and tired..."

She also heaps praise on her husband, describing him as "so supportive", adding, "It's definitely brought us that much closer together."

She concludes, "Being pregnant is proving to be one of the most amazing, fulfilling things I've ever done in my life. I finally feel like I'm really doing something in this world. I've accomplished a lot in my career up to this point and achieved a lot of goals that I had set for myself, but they all pale in comparison to the miracle of carrying a child."