Ne-Yo has admitted he is finding being a father to two-month-old Madilyn ''difficult'' and says he doesn't see the baby as much as he would like. 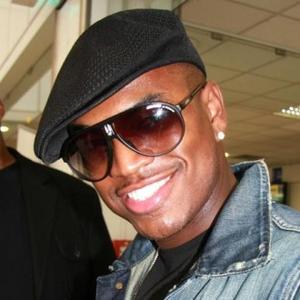 Ne-Yo hasn't been getting enough sleep since his baby was born.

The 'Beautiful Monster' singer's partner Monyetta Shaw gave birth to their daughter Madilyn two months ago and the new arrival has been disrupting his nightly rest.

He said: "It's just less and less opportunity to sleep. You know, I don't see the baby as much as I would like. It's beautiful but difficult."

The 31-year-old star - whose real name is Shaffer Smith - also admitted he has not yet made plans for Valentine's Day (14.02.11) with Monyetta but doesn't expect he will plan anything spectacular.

He told the New York Post newspaper: "I haven't thought about it yet. This might be the most unromantic Valentine's Day I ever had."

After he became a father to Madilyn - who was born two months prematurely - Ne-Yo claimed he had never known a love like it before.

He said: "I've been in love before but this feels like nothing I've ever felt. Like, I'm in love for the first time."

The 'So-Sick' hitmaker had confessed before his daughter's arrival that he felt "nervous" about becoming a parent.

He said: "I'm so excited and nervous. It's amazing - I'm bringing another life into the world. But at the same time, I'm like, 'Oh c**p, I'm responsible for another human being.'

"I don't even buy my own underwear, where am I going to find his? But I'm so looking forward to it."