You won't have heard of Neil Cowley but you will almost certainly have heard what he does - it's his fingers tinkling the ivories on Adele's record smashing 21. Far from a mere session musician however, his CV includes time with Gabrielle, The Brand New Heavies and Zero 7 before releasing two collaborations with Ben Mynott under the name Fragile State, of which the first, The Facts And The Dreams, remains an understated classic. 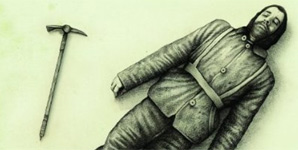 Since 2006 however the bearded one has been the Grand Fromage of his own contemporary triptych, winning the BBC Jazz awards gong for best album in the year following the release of their début album, Displaced. Now jazz as we know is one of those words which gets a particularly Marmite reaction, and in the early part of the new millennium it's an art form that seems to have taken a far distant second place to the likes of soul and reggae in the revivalist stakes. Oh dear.

The good news is that Cowley and friends couldn't give two hoots about what the corduroy wearing Men Who Make Up The Rules About Jazz think. Throwing off these purist constraints is a grit in the oyster trick they like to play, and The Face Of Mount Molehill is therefore completely free of skronking saxophones, Acker Bilk-style clarinets, flute solos and/or berets. Their fourth album, they're joined this time by Brian Eno collaborator Leo Abrahams, but by and large the formula - kind of twenty first century chamber pop - remains undiluted from their last outing, 2010's Radio Silence.

This means that again they alternate between a style that's virtually Keane-less rock without the words, as on the likes of Fable and the title track, whilst still finding time to pause for more elegantly reflective pieces such as Slims and Distant. It's appropriate at this point that there's some kind of health warning - Cowley was a child prodigy, performing a Shostakovich concerto at the age of just 10 to an audience of 1200 at the Royal Albert Hall - and those of you who find the piano an irritant had better stick to something more JLS. Accordingly we get the cantina tones (Rooster Was A Witness), Coldplay a la mode (Skies Are Rare) and even a bit weird (Minnie Ha Ha).

Given that the format should be a constraint, NCT are obviously still relishing disproving the myth that jazz is limited to Duke Ellington or the overly exposed mid period works of Miles Davis. Most interestingly though The Face of Mount Molehill's finest hour is Surprise Third, on which a string section cleverly augments their basic elements, adding the kind of depth and melodic whimsy which was a cornerstone of the mood at which Fragile State shone, albeit briefly. As laudable as NCT's aversion to the straitjacket of genre norms is, Mr. Cowley, it's time you Facebooked Ben Mynott again. 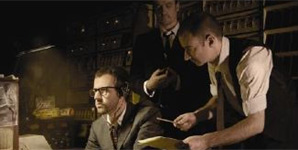