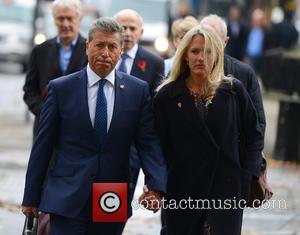 The radio favourite is accused of groping females as young as 15 in a series of offences dating back to 1987.

Westminster Magistrates Court heard one alleged victim claims Fox molested her in an underground car park in 1988, when she was just 15 years old, and another accuses him of forcefully kissing her at a motor show in 1991.

A third complainant says Fox sexually assaulted her during a trip to a theme park in England in 1996.

Prosecutor John Price QC told the court, "(Fox) exploited the privilege conferred upon him by his fame."

He denies all the charges.

At the start of the trial on Thursday (05Nov15), Fox was cleared of five other counts of indecent assault when prosecutors dropped the charges.