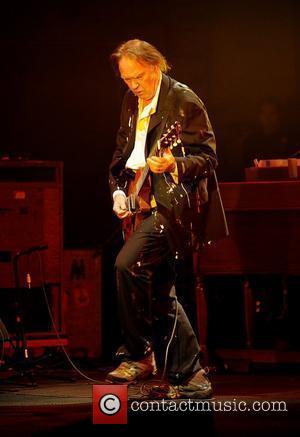 Veteran rocker Neil Young has defended GEORGE W. Bush for sticking to his vision of how to lead America - insisting the U.S. president deserves more credit than he gets. The Heart Of Gold star, who has lived in California for over 40 years but remains a Canadian citizen, believes Bush isn't as stupid as his public image may suggest. The 62-year-old says,"You've got to give the guy credit. Do I agree with him? No. Do I think he's stupid? No. Do I think he's a leader? Yes. He led. He took this country where he wanted to take it. And he steadfastly stuck with it all the way."