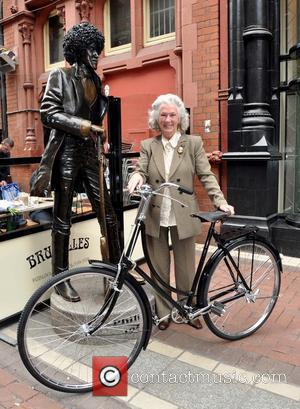 Rapper Nelly has risked the wrath of boxer floyd mayweather, Jr. by taking a swipe at the boxing champ's lack of education moments after denying the pair is feuding.

The two stars fell out earlier this year (14) after Nelly began dating the sportsman's ex-girlfriend Shantel Jackson, just weeks after she split from the fighter.

The boxer took aim at Nelly during a radio interview in May (14) after news of the blossoming romance emerged, prompting the Hot In Herre hitmaker to fire back via a post on social media.

Nelly was quizzed about the alleged feud during a Tv appearance on U.S. sports commentary show Highly Questionable on Monday (28Jul14), when he was asked to detail the extent of his issues with Mayweather, Jr.

However, Nelly insisted there was no fall out, saying, "I don't have a beef (problem) with Floyd Mayweather...", only to then take aim at the boxer by adding, "I think the whole thing is misunderstood. I try to understand where he's coming from, which is a little hard to do...

"But... it's kind of hard talking to a guy who hasn't graduated from high school."