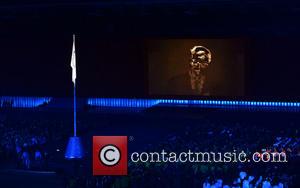 Mbuso Mandela, 24, is behind bars in Johannesburg after appearing in court on Monday (17Aug15), and will remain in custody until another hearing on Friday (21Aug15).

A spokesman for the victim's family claims the alleged incident took place on 7 August (15), when Mandela followed the girl into a public restroom and raped her inside a toilet cubicle.

Sources tell local newspaper the Daily Sun that Mandela's grandmother, Winnie Mandela, sent her bodyguard to the alleged victim's home after the incident in an attempt to talk them out of pursuing a case against Mbuso.