Could 'Reign' be the next thing? We predict a cancellation after 4 episodes. 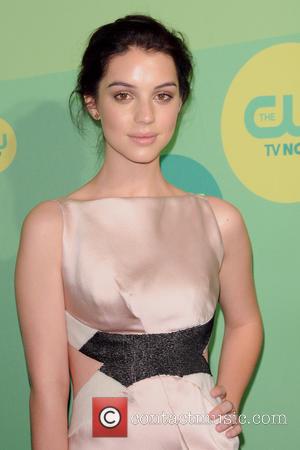 Megan Follows plays the ruthless French queen Catherine de'Medici in the new CW series 'Reign,' though the actress - who played the wholesome Anne Shirley on Anne of Green Gables - wants to make something very clear.

"I don't think she's a bitch. She's fabulous," said Follows, who shot the new series in Toronto and Ireland, "She has to use her resources; she can't go through the front door. So there are huge ethical and moral dilemmas, which sometimes require brutal action."

Reign follows the life of Mary Stuart, played by Adelaide Kane, as Mary Queen of Scots. She arrives from France having been tasked with developing a strategic alliance by marrying the French king's son, played here by Toby Regbo.

"What I loved about it is all that backroom negotiation and that interaction that has to happen when you have to transform your power," Follows told journalists including Tony Wong of the Toronto Star at the TCA event this week, "That leads to fantastic and delicious drama."

We're not quite sure who 'Reign' is going to appeal to. It's a historical drama that has found a home amongst werewolves and mermaids on The CW. It's got a rock-n-roll soundtrack and cool young actors.

"It's not the History Channel. Of course we're going to throw a few curveballs," said Kane "We really endeavour to have some fun. Even historically, Mary would dress up and go down to the village and prank people."

See all our pictures from The CW event at TCA 2013. Adelaide Kane At The TCA Event This Week Hey It's Tony Regbo At The CW Event