Before Soundgarden were huge and before Pearl Jam had even released an album, Temple Of The Dog recorded a record together as a tribute to the late Andy Wood.

The performance, and even raison d'être, of most so called supergroups has always been questionable but back in 1991 Temple Of The Dog bucked the trend with their one and only album. Whilst the motives surrounding the formation of groups such as Asia, The Travelling Wilburys, Atoms For Peace and Them Crooked Vultures etc may have been sincere musical ventures, it remains that without exception they all amount to far less than the sum of their incredible parts would suggest. Temple Of The Dog however, a group conceived out of grief, are a one off oddity that managed to form, unite over a common purpose and deliver a great album as a consequence. 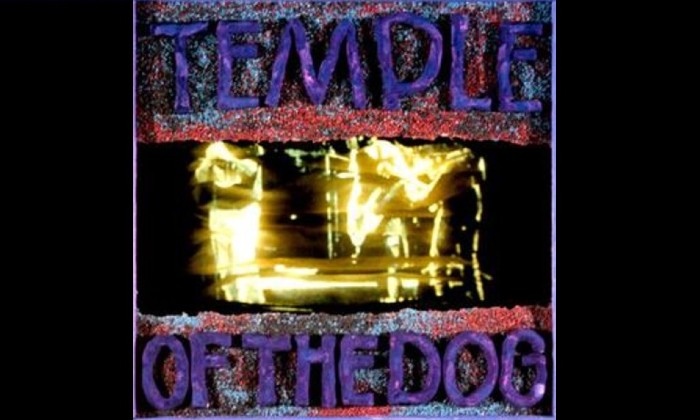 The eponymous debut album by Temple Of The Dog was a curiosity even back when it was released, and to this day remains one of the more interesting Rock collaborations just waiting to be discovered by the uninitiated. The ten track record is a tribute album that is both fitting and fantastic, never mawkish and entirely sincere and honest. After the tragic death of Mother Love Bone lead singer Andrew Wood from a heroin overdose, Soundgarden's Chris Cornell was inspired to float the idea of recording new material with members of Mother Love Bone. The material Cornell had written formed the basis for the Temple Of The Dog record with Chris Cornell recording with MLB members Stone Gossard and Jeff Ament. The lineup of the new band was then substantially increased still further with the addition of singer Eddie Vedder, guitarist Mike McCready and drummer, Matt Cameron. 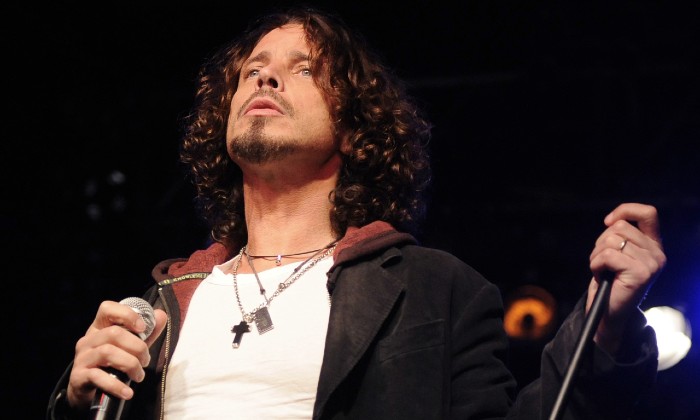 The tribute album was first released in April of 1991, having been recorded with Rick Parashar (Bon Jovi/Alice In Chains/Nickelback etc) at his London Bridge Studios in Seattle over 15 days in November 1990. It wasn't exactly a rip-roaring success upon it's release. Soundgarden were still a few years away from their stellar year of 1994, the year of Black Hole Sun, Spoonman and the album Superunknown, Mother Love Bone had released their debut album just months after the death of Wood and Pearl Jam had only just formed.

Fast forward a year and Pearl Jam have released their debut album Ten, Soundgarden have released their third, and biggest album to date, Badmotorfinger, and the profile of all three bands has been raised exponentially. Temple Of The Dog's first single was reissued as a consequence of the subsequent success of it's protagonists and also to satisfy an opportunity seized upon by A&M to ring more sales out of the song. Hunger Strike became the supergroups biggest hit peaking at number four on the Billboard Rock chart. The third track on the album remains an anthemic builder, starting with a classic restrained Rock vocal and a revolving guitar riff that just keeps getting bigger and bigger. The guitar and drum combo is undeniably good when set against the impassioned vocals of Vedder and Cornell.

Two further tracks were lifted from the ten song album as singles, firstly the album's opening track, Say Hello To Heaven and lastly, Pushin Forward Back. In the first of these two releases you can hear a distinct resemblance to that of the Soundgarden song, Black Hole Sun. In both the arrangement, composition and delivery Chris Cornell gives us a glimpse into his distinguished future. The song is Cornell's most obvious tribute to the room mate he had sadly lost to drugs. In 2016 Cornell said of the song, "Say Hello 2 Heaven, for example, was one of the songs I wrote directly for Andy Wood and the amount of times someone has requested I play that song for someone else who’s died have been numerous. That’s great that it’s become this anthem that makes somebody feel some comfort when they’ve lost someone, but recently I’ve become a little more possessive of the idea that this song was actually written for a specific guy and I haven’t forgotten that person."

The final track released as a single, Pushin Forward Back, was one of the most immediate and commercial tracks on the album. The thunderous drums, elaborate guitar and fully loaded vocals were just waiting for a live performance to happen so that the mosh pit could explode in a frenzy.

Whilst the band or the album were not conceived to deliver hit singles it did give rise to some worthy chart entries. Although initial album sales were well below forecast and expectation, Temple Of The Dog has gone on to sell more than one million copies of their only album. The band has also toured only once, for the 25th anniversary of the album, however Cornell and members of Pearl Jam have taken the stage together to perform various Temple Of The Dog songs including the soul searching, Reach Down, the emotive and reflective, Call Me A Dog and of course, Hunger Strike.

The collective talent and collective grief felt by Temple Of The Dog have left us with an album that has not only stood the test of time but also enhanced the formidable reputation of the musicians featured on it.