Album Of The Week: The 42nd Anniversary of Get The Knack by The Knack

After signing the biggest deal in Capitol Records history, there was a weight of expectation for The Knack to delver something special on their debut album

Back in 1979 The Knack were a very big deal; some critics had even predicted, rather foolishly, that they were going to be bigger than The Beatles. The LA based band, made up of Berton Averre, Doug Fieger, Bruce Gary and Prescott Niles did enjoy more than just a fleeting 15 minutes of fame however. After forming, developing their style and then eventually going on to play live, The Knack quickly came to the attention of record company A&R men desperate to sign them. The Knack chose Capitol Records out of the ten potential bidders and signed a deal reputed to be the biggest in Capitol's history at the time. 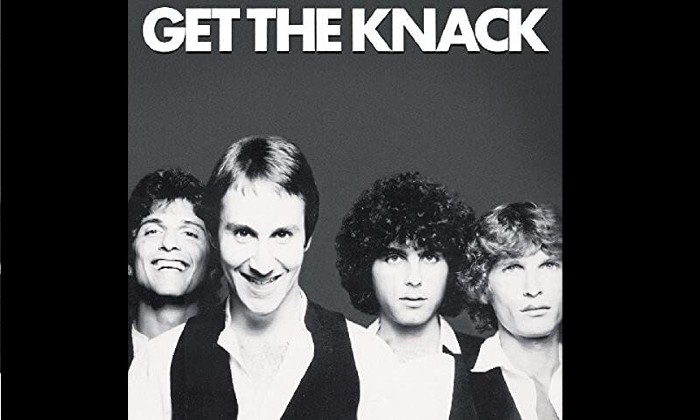 Faith in The Knack was quickly rewarded with both the band's first album and the first single. Each of The Knacks initial releases were very successful indeed with the album's iconic lead single My Sharona becoming a defining anthem of 1979. My Sharona was not only a huge hit in the US, staying on the Billboard singles chart in the number one position for six weeks, it was also a massive global hit. My Sharona, a track inspired by Doug Fieger's soon to be girlfriend Sharona Alperin, reached number one in Canada and Australia and was also a top ten hit in the UK, Italy, New Zealand and France. The up-beat, crisp Rock 'n' Roll style of the tune not only drew further comparisons with The Beatles it also became Capitol's fastest selling debut single since The Beatles, I Want To Hold Your Hand.

The album from which My Sharona was lifted, Get The Knack, was similarly successful, reaching number one on the Billboard Top 100 and remaining there for a further five weeks. Whilst the album did not quite achieve the global success enjoyed by the debut single it was still very well received at the time by most critics and fans. The brilliant bass line, compelling percussion, undulating vocals and irresistible sing-a-long quality of the lead track were hard to match but Get The Knack was by no means a one trick pony.

She's So Selfish took a Boomtown Rats She's So Modern sensibility and softened the edges for a more US, Tom Petty, friendly audience where as Your Number Or Your Name had elements of The Small Faces running through it. The layered and melodic pop was hard to resist with catchy riffs and plenty of hooks littered throughout the entire twelve track album.

Good Girls Don't, the band's follow up single to My Sharona, gave The Knack their second number one single in Canada and saw them reach number 11 in the US. The jangly harmonies and catchy chorus was another of Fieger's finest moments. The age old tale of unrequited teen love is a stone cold piece of potent Pop, but sadly one that Fieger and his band could not come close to replicating in the future.

Get The Knack was just modern enough to capture the imagination of the listeners back in 1979 but there was no doubt that it benefited enormously from it's retro facing soundtrack. Oh Tara and Lucinda are not exactly the most contemporary of songs or arrangements and the inclusion of the Buddy Holly staple Heartbeat did nothing to silence critics who said that The Knack borrowed or misappropriated various sounds from the 60's.

Get The Knack, the debut album from The Knack, serves as a great little oddity in pop's vast history.