American model Alexis Ren has revealed she worries that society is killing creativity. 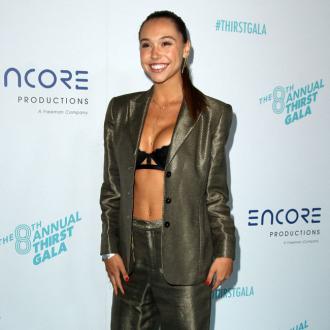 The 21-year-old model believes that being creative is good for your soul, but she worries that as a community, we are being discouraged from accessing that aspect of our personalities.

Alexis wrote on her Twitter account: "Creating art for the f**k of it is so important for your soul

Meanwhile, Alexis previously admitted that she sees spending time with her fans as part of her job.

The American beauty revealed she has simply learned to enjoy the attention, which is something she now can't escape.

She explained: "I just honestly accepted it as part of the job, and I learned how to enjoy it.

"I will never get tired of it, because I've already accepted that's part of my job, and it would be rude of me to be like, 'But I don't like that.'

"If I can make a girl's day by hugging her, hell yeah, I'll hug the crap out of her. I will kiss her on the cheek. I will love her. I will take as many photos as she wants. That's how I'll always be. I don't see how that could ever ... obviously, I can see how when you get bigger it can get stressful, but at the same time you still have to think, 'That's crazy that this many people look up to me'. Oh my God. And I only want to give back ...