All Saints are back. It's the return of the 90s! 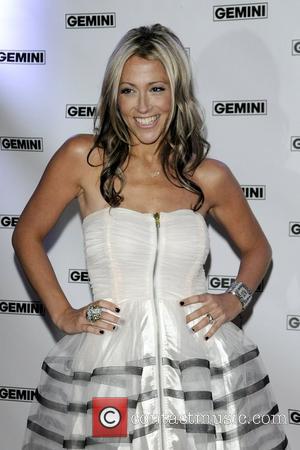 Shaznay Lewis, Melanie Blatt, Natalie and Nicole Appleton are just people on their own, but together, they’re 90s hum-along, see-on-Top-of-The-Pops-2-and-think-you’re-old girl band All Saints. And now they’re back, again.

“We are really looking forward to performing together as guests of the Backstreet Boys on their tour. We can't wait,” they said in a statement announcing their reunion. "We're singing a lot of big songs like Never Ever and Pure Shores which will be amazing.”

All Saints came at a time when The Spice Girls dominated the girlband scene, but offered up a ‘cool’ alternative. It’s funny, in hindsight, to reconsider what cool actually means. After storming the UK charts in the 90s, the early 00s saw them break up.

And while 'Never Ever' would never ever be forgotten, it looked as though their days as a foursome were over, until 2006, when it was announced that they were back once more… for one single.

The planned album never really got off the ground, and while Rock Steady reached number 3 in the UK singles chart, Studio 1 – the full length record has sold 60,000 records in almost 10 years. Not exactly a triumphant return.

What makes the band’s reunion even more surprising are Blatt’s words back in 2009, when she stated – in no uncertain terms – that another reunion was off the cards. Absolutely no way.

Maybe they spent all their money; perhaps performing with the Backstreet Boys is a collective dream of all of theirs, or perhaps Blatt was only joking back in ’09, but those strong words seem to have been hokum, as 2014 will see two of the 90s favourite bands combine for a busy old Spring tour. Nicole Appleton and Melanie Blatt at the Brit Awards 2010