Anne-Marie decides on a collaboration based on the song and not the artist as she wants to work on tracks which have a ''really great message''. 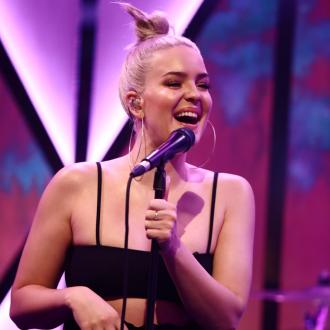 Anne-Marie decides on a collaboration based on the song and not the artist.

The 'Ciao Adios' hitmaker doesn't just pick the biggest name to work with on a song but instead will pick a track which speaks to her like 'Rockabye' did.

Asked what she looks for when she decides whether to collaborate with an artist, she told NME: ''I just listen to the song. It doesn't even matter to me who it is. If the song connects with me and is like a really great message, I love doing it. When I heard 'Rockabye' I was just blown away.

''It had been a long time since I had heard a song that had a message like that in it - about being a single parent and caring for your child. So, as soon as I heard it I just absolutely fell in love with it. We came to where I was and then recorded it. It was a really quick process.''

Meanwhile, Anne-Marie has also got a collaboration with Ed Sheeran recorded too.

She said: ''It's obviously just a good song because he is involved in it. When I went to do this song with him, that's when I just truly saw the genius ...

''Well we've been friends for so long and ever since the start really I was like 'look we need to get a writing session in,' and he was like 'yeah, yeah, yeah.' We've both been really busy and then I think it was like maybe a couple of months ago he was like 'look, I've got this song, we need to work on it' and so ... we worked on it!''