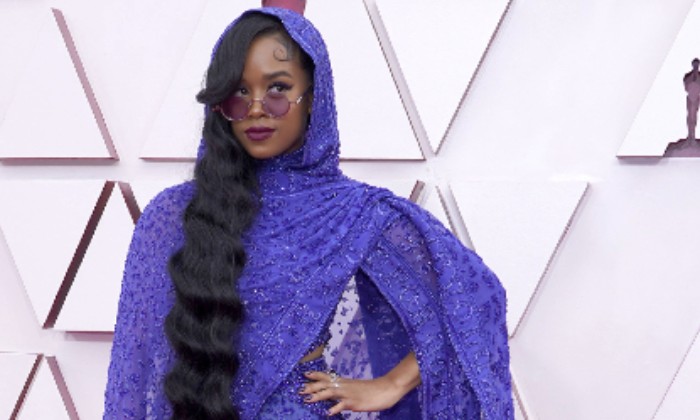 H.E.R. (Gabriella Sarmiento Wilson) won her second major award of the year when she received an Oscar for Fight For You from the film, Judas and the Black Messiah. After picking up a Grammy for Song Of The Year at the 63rd Grammy Awards back in March for the song I Can't Breathe, H.E.R. picked up an Academy Award for the collaboration with D'Mile and Tiara Thomas. She said during her acceptance speech, "The song wouldn’t be what it was without them" and that, "Knowledge is power, music is power and as long as I’m standing I’m always going to fight for us, I’m always going to fight for my people and fight for what’s right and I think that’s what music does and that’s what storytelling does." We couldn't agree more.

London Grammar's slightly delayed album, Californian Soil, was well worth the wait when it arrived on April 16th. The follow up to their stunning 2017 album, Truth Is A Beautiful Thing, sees a subtle shift in their music but definitely no drop off in quality. From the lighter and poppier first single Baby It's You, through to the Trip-Hop infused tracks, Californian Soil and Lose Your Head, and onto the arresting, balladic, stripped back album closer, America, London Grammar have once again produced another gorgeous album.

With a new album, Sometimes I Might Be Introvert, due out on September 3rd Little Simz dropped the first introduction to it with a dramatic, inspirational new track, Introvert. From the opening theatrical military drum beats and the foreboding horns you just know this song is going to deliver. This is not a timid song waiting in the shadows, this is a song that commands your attention with a power and a resonance that simply can't be ignored. Part self examination and part current affairs analysis, Introvert is packed full of a brilliantly versed social commentary and inward looking observations of her own life. We can't wait for the album.

With the recent resurgence of Pop-Punk comes the return of veteran Californian rockers, The Offspring. Let The Bad Times Roll is The Offspring's first album in nine years, following 2012's Days Go By and comes more than a year after it's intended release date. The energy and intensity of the band is undiminished on their latest release. Let The Bad Time's Roll, and in particular the new single release, This Is Not Utopia, are signature Offspring tracks; driven, unrelenting and frenzied bursts of anthemic alternative rock. It's great to have them back.

Girl In Red - if i could make it go quiet.

Girl In Red's debut album follows the release of four very successful singles ahead of it; the album's opening track, Seratonin, last year's singles, rue and midnight love, and more recently, You Stupid Bitch. Marie Ulven Ringheim, aka Girl In Red, has cemented her ever growing reputation with her debut full length album, if i could make it go quiet. Veering from the angry and animated Indie Power-Pop of her last single, You Stupid Bitch, through to the dark and brooding lo-fi majesty of the instrumental close out track, it would feel like this, Girl In Red has delivered an album full of personal, open and candid songs.