At What Point in Game Development Does Sound Design Come In? 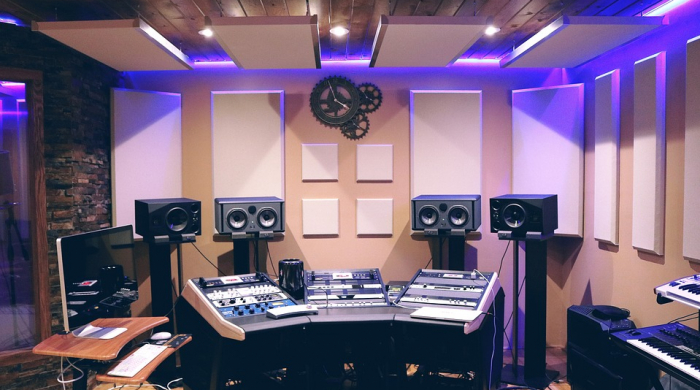 The sound design in video games is one of the most important elements of production, and many people believe that it should be brought in at the very early stages of development. The team that’s generally responsible for the soundtrack and the sound effects in a game are called the sound designers. Find out more right here.

What are the sound designers responsible for in video game development?

When developing a video game, the sound designers are the people that come up with the soundtrack for a game, as well as the all-important sound effects. Their job is to use their creative skills to try and make a game that’s more exciting and immersive, thanks to the sounds they add.

Sometimes, the sound designers are involved right from the beginning, and other times, they come in towards the end when the game is in the final stages of development. There is no right or wrong as to when sound designers should begin creating soundtracks or adding sound effects. The high-end, more graphically demanding video games tend to have impressive scores that are written by established composers, and sometimes, to get the voices just right, sound designers work with a wide range of actors.

What are the main responsibilities of a decent sound designer?

Some of the main responsibilities of a sound designer are things like:

·       Creating sound effects, e.g., footsteps, the crashing of the waves, the howling of the wind, explosions, the sounds of weapons (e.g., gunshots, swords being swung), crashes, cheers, and doors being opened and closed etc.

·       Having a knowledge of how sound can be used in games, what kind of technology/software can be used to make the process of adding music and sounds much smoother, and understanding the technical limitations

·       Being creative and imaginative, having a good sense of timing, and understanding what works well and what doesn’t work well

Here are some of the best soundtracks in video games ever created. They include the Hades: Original Soundtrack (OST) by Darren Korb, Rain World by James Primate, Shadow of the Colossus: Roar of the Earth by Kow Otani, and Ace Combat Zero: The Belkan War by Namco Sounds.

Some of the other hit video games out there today that also have epic soundtracks are Jet Set Radio by Hideki Naganuma, Arcanum: Of Steamworks & Magick Obscura by Ben Houge, the Undertale Soundtrack by Toby Fox, and the World of Warcraft soundtrack by Jason Hayes, to name just a few.