B-Real has joined the champions in Prophets of Rage 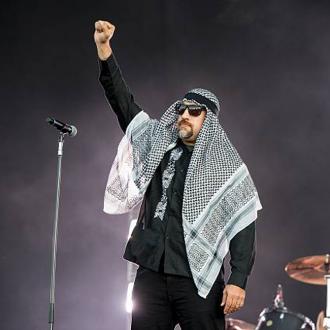 He is joined in the explosive line-up by Public Enemy stars DJ Lord and Chuck D, while it is completed by Rage Against The Machine and Public Enemy members Tom Morello, Tim Commerford and Brad Wilk.

The band played their first show in January 2016, before releasing their debut self titled album earlier this month.

Despite such an impressive line-up, Morello admitted reservations over branding it a super group - something Chuck has absolutely no problems with.

He laughed: ''I love it. When people are sceptical there's only one job to do and that's be super. With Prophets of Rage there's not a lot of kumbaya songs. This is brutality.''

With the band planning to perform several Rage Against The Machine songs during their live shows, Morello contacted former bandmate Zack de la Rocha, who quit the group back in 2000, to make sure they were able to perform the material.

His planned solo album hasn't yet materialised, and the Rage reunion from 2007 to 2011 didn't yield any new tracks.

However, Morello pointed out that the band only released a trio of records of their own - while adding he was keen to reach out to his friend about Prophets of rage.

He said: ''Artists work at their own pace. We only made three studio albums of original material. Outside of Rage Against the Machine I've made 13. It was important to get Zack's blessing and he was lovely to say, 'Go get 'em.'''