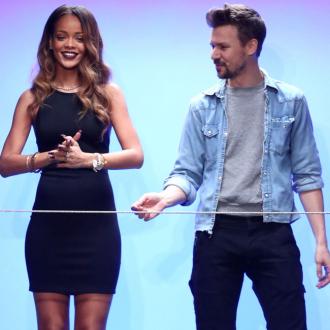 The British Fashion Council chief executive believes having lower-priced retailers such as Topshop, River Island - who unveiled their collaboration with Rihanna at their show on Saturday (16.02.13) - and Whistles, exhibit alongside high-end designers makes British style more accessible to people would would otherwise feel excluded by the high price tags.

She said: ''It's an opportunity for the general public to access fashion and trends that all start here at LFW, so it's no bad thing at all - [high street brands] are all building international businesses too, so it makes sense to show here when they've got the world's attention and international retailers and department stores in town.

''There's a really positive feeling not only in terms of the designer-end of the spectrum but also the high street. It's a great way to communicate British style to an audience that maybe can't afford designer fashion. It's fun.''

And Caroline also thinks having famous faces such as Justin Timberlake and Jessica Biel attending the shows can only be good for the industry.

She added to Vogue.co.uk: ''It drives media coverage which in turn drives sales.

''It's a good way for the public to identify with the brand and understand who their supporters are. It may well be that they aren't already a follower and a supporter of the designer, but then a celebrity will bring them to discover that designer. We've got great talent here and that's what makes it so exciting.''