Charlie Puth: I have newfound confidence on stage

Chart-topping singer Charlie Puth has claimed he has a ''newfound'' confidence on stage. 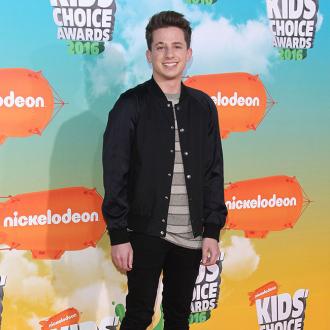 Charlie Puth has a ''newfound'' confidence on stage.

The chart-topping singer served as Shawn Mendes' opener for the Illuminate World Tour, and he says that experience has helped to boost his confidence.

He shared: ''I'm always going out on stage wondering if people are going to sing along with me.

''[Shawn] has songs that obviously everybody knows. All of his fans there, die-hard fans, will sing every lyric back, but seeing that so many times and having some of his fans sing every lyric of my song back - and being so excited to see me - it injected this newfound confidence in performing ... I was moving differently on stage.''

Charlie, 26, also confessed to being surprised by Shawn's songwriting skills.

He revealed that prior to spending time with the Canadian star, Charlie wasn't fully appreciative of his talents.

He told Billboard: ''He'll hate me for saying this, but I just assumed he had other people writing most of his material.

''But when he sat down and just started singing melodies, kind of like I did, I was like, 'Wow! That's really impressive.' Don't judge a book by its cover.''

Meanwhile, Charlie previously revealed he turned down 'American Idol' because the schedule was ''too overwhelming''.

The 'We Don't Talk Anymore' hitmaker was ''honoured'' to be asked to be a judge on the talent show, but he had to turn it down when ''Iife got crazy''.

He said: ''The schedule got too overwhelming. It's nothing to do with [the network] ... ABC is wonderful and I told them I would love to be in business with them in the future. [I was in talks] and then things in my life got crazy.

''I can't wait to watch it. It's a huge honour that they asked me. The fact that they would even ask me to be a part of it is just beyond flattering because it's a show I grew up watching and I know it's going to be amazing without me.''