Charlie Sheen’s Twins To Move Back In With Brooke Mueller!

Brook Mueller's brother is awarded custody of hers and Charlie Sheen's twin boys as their custody battle ensues. 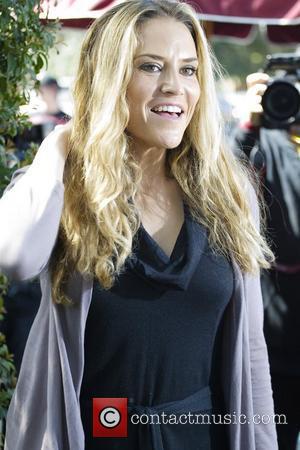 Charlie Sheen's ex-wife, Brooke Mueller, seems to be taking the lead in their heated custody battle.

Twins, Bob and Max, are set to move back in to their mother's house after they were taken away from Brook by the L.A. County Department of Child and Family Services 6 months earlier.

TMZ reports, the 36 year-old can live with her son's again only on one condition. Brooke's brother, Scott Mueller, is now their legal guardian, not her. On Friday (Nov 8th) their Uncle was given temporary guardianship.

Prior to that, another of Sheen's ex-wives, Denise Richards, was the twins temporary guardian. Richards admitted that she could no longer take care of the troublesome boys and informed the L.A. County Department of Children and Family Services of their misbehaviour, citing they were worse when returning from visiting their mother.

The report also states, even though Brooke's brother will be their legal guardian the Judge felt it was important for Bob and Max not to move schools. Scott lives too far away to maintain this, therefore the boys are being allowed to live in their mother's house.

Brooke will not be classed as their guardian but the twins will live at her home on a full-time basis, it is still unclear if Brooke will be their full-time and how her brother fits into all this.

Sheen will be most certainly angered by this outcome. Their feud has already been publically heated as the 48 year-old actor attacked Brook on his twitter account with the 'birthday cake grenade' picture.

Sheen also told TMZ Live that her ex-wife is an "evil whore" who is putting his children in serious danger.

The latest developments show Brooke to be winning the custody battle, how will Sheen respond?