Cher To Tour This Year

Cher is ''shaking'' and ''breathless'' with excitement about touring from September. 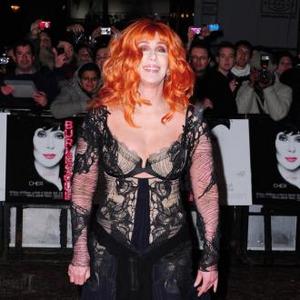 Cher will tour this year.

The 'If I Could Turn Back Time' hitmaker - who has previously claimed she would never go on the road again - is ''shaking'' with excitement about her new run of concerts, which will begin in September.

Despite her previous statement about retiring from touring - even having a three-year long 'Farewell Tour' which ended in 2005 - she has since performed at Caesars Palace in Las Vegas for nearly three years.

She also took a starring role and marked her return to singing in 2010 movie 'Burlesque' alongside Christina Aguilera and Stanley Tucci.

Her last album 'Living Proof' was released in 2001 and spawned singles 'The Music's No Good Without You' and 'Song for the Lonely'.