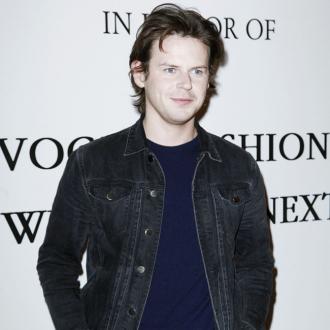 Christopher Kane would be the perfect creative director at Balenciaga.

Although the Scottish designer was forced to deny reports that emerged over the weekend suggesting he is set to succeed Nicolas Ghesquiere at the fashion house, his close pal, TV presenter Louise Roe, believes he is the right man for the job.

Speaking at The Wanted's AMAs after-party at Lure Hollywood nightclub - which was hosted by The Hollywood Agency and Us Weekly, Louise exclusively told BANG Showbiz: ''I heard it was confirmed and then I heard that it wasn't but there is nobody better. I love him, he's a friend of mine and an amazing talent. I feel like I know that brand and I know his brand and it would just be heaven.

''I'd be first in line for his designs. I think it is true, I think there's no smoke without fire so I'm hoping for official confirmation.''

Louise has her own shoe line with website Stylistpick and is excited about its American launch in 2013.

She said: ''It's going really well, it's selling well in Europe and we're launching in the US next year. It's so exciting. I get my inspiration mainly from the 1970s. My mum lived in Brazil during that time and she had such a cool, laid back beachy vibe which I love so I have definitely been influenced by her.''