Dr. Conrad Murray is writing a ''tell-all'' book about Michael Jackson but publishers have so far told him they are not interested in the tome. 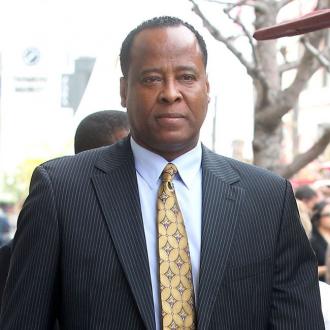 The disgraced physician - who was sentenced to four years imprisonment for the involuntary manslaughter of the King of Pop - is reportedly penning a memoir about his work for the singer, with friends claiming the 'Thriller' hitmaker confided his ''inner-most secrets'' to him.

A source close to Murray said: ''Dr. Murray spends most of his days writing what he is telling friends will be a tell-all book about what really happened in the final days of Michael Jackson's life.

''Murray believes that the public will want to hear about the time he spent with Michael. Conrad says that Michael confided his inner-most secrets about his true feelings about his family, the child molestation trial and his three children. Murray contends that Michael's kids viewed him as a family member and loved him.''

The doctor - who has always disputed giving Michael the lethal dose of anaesthetic Propofol which caused his death in June 2009 - is said to hope the book will help his public image and raise some much-needed cash.

The insider continued to RadarOnline.com: ''This is all about money for Murray though because he is absolutely flat broke and desperately needs the cash. He feels that the book could help rehab his image and help him to get his medical license back.''

However, Murray - who is expected to serve just two years of his sentence because of jail overcrowding - may face problems getting the tome published as the proposed manuscript has not faced a warm response so far.

The source said: ''Several publishers have been contacted and have expressed little to no interest in publishing any book written by or about Dr. Murray.

''One publisher said that even if Murray were to take full responsibility for the death of Michael Jackson there was no interest. Dr. Murray just isn't an empathetic person and the public doesn't want to hear from him, period.''