Mel Gibson The Passion Of The Christ 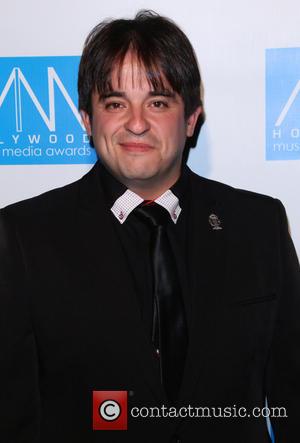 Picture: Francisco Valor - Photographs of a variety of stars as they took to the red carpet for the 5th Annual Hollywood Music in Media Awards...

The success of Act of Valor has given conservative Hollywood haters some of the most potent ammunition for their arsenal since Mel Gibson struck it big with The Passion Of The Christ. On Andrew Breitbart's BigHollywood.com website, Kurt Schlichter, a California attorney who spent 24 years in the Army and is a frequent contributor to the Hollyood-bashing site, wrote " Act is an unapologetically pro-military movie that doesn't have to pretend that the greatest threat to America is space aliens. It's got action -- holy cow, does it have action. It's got emotion -- real emotion, not that hacky 'emotional conflict' cookie cutter crap that your screenwriting seminars push. And it's got this thing called 'moral clarity.' ... Act of Valor rejects the kind of value-free nonsense you love to inject into your crummy, unwatched flops to generate the cozy moral ambiguity that allows you to pretend that there is no such thing as right and wrong." The website Conservativebyte.com commented, "Man is this great." At Townhall.com, conservative writer Doug Giles wrote, "Finally, a 21st century movie that doesn't portray our military as corrupt, stupid, confused torturers who murder innocent babies." The movie was widely bashed by the leading newspaper critics, including, surprisingly, Kyle Smith of the New York Post , who ordinarily wears his conservative creds on his sleeve. On Monday, Smith posted the transcript of a voicemail he received after writing his negative review. "I hope the f***ing movie makes like $500 million so you can f***in' be the little pussy that you are and be pissed off that it's, it's, it's a good movie. My son was in the Navy and you're the little pussy that sits behind a desk and writes s**t like this." The unnamed writer then invites Smith to call him at a number with a Connecticut prefix. Smith then offers "a few points" in rebuttal "1) No name is given on this message accusing me (I guess) of cowardice for not liking a movie. 2) I am an Army veteran, of the Persian Gulf War. 3) Neither the writer nor the directors of Act of Valor are veterans. 4) People in Connecticut talk like this?"