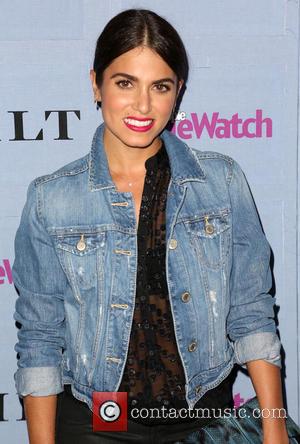 The creepy Twilight doll known only as Chuckesmee was supposed to serve as the love child of Bella and Edward in The Twilight Saga: Breaking Dawn - Part 2, the final chapter in the vampire franchise.

Fans have speculated over the doll for months, which was first mentioned by cast-members around the time Breaking Dawn came out though never made it into the final cut of the film - which is jyst as well, because it's without a doubt the most terrifying thing we've ever seen.

Now, thanks to special feature from the Twilight Blu-Ray/DVD collection that's out this week, Chuckesmee is finally unleashed on the innocent public. Named after a combination of evil doll Chucky and Renesmee Cullen, the doll was said to have genuinely terrified cast-members and director Bill Condon called it "a giant misfire" and "a horror show," instead casting Mackenzie Foy to play the real life daughter of Edward and Bella.

"Chuckesmee was a giant misfire on all fronts," he told Entertainment Weekly in 2012. "Truly, it was one of the most grotesque things I've ever seen. It was a horror show! There was one shot where I call, 'Cut!' and suddenly she turns her head and mechanically stares right into the camera. It was incredibly disturbing."

Actress Nikki Reed - who had the uneviable job of holding the creepy Twilight doll on-set - speaks about Chuckesmee in the new DVD footage.

"I understand the theory behind it to have this creature that does all the hand movements and stuff.[but] I want the whole world to forgive me now before this movie comes out because I'm holding a 60lb mechanical doll and me and the doll have to move our bodies at the same time.and so I've got two men sitting right below me doing puppet stuff with our hands.and one guy puts the hand there.and pokes me in the eye..it's really difficult."

"The second you're holding it up, you realise this is never going to work. No fake thing is ever going to do the trick. If you're Bella you're looking at this thing and thinking..I don't want that thing, put it back," said producer Wyck Godfrey.

The Twilight Saga - five movies based on the four novels by Stephenie Meyer - starred Kristen Stewart and Robert Pattinson and grossed a total of $3.3 billion worldwide. Nikki Reed Had To Hold The Creepy Twilight Doll Bill Condon Recognized That Chuckesmee Would Have Been A Disaster