'I Give It A Year' director Dan Mazer has hinted he plans to work with his friend Sacha Baron Cohen again, sparking speculating he could be involved in upcoming comedy 'The Lesbian'. 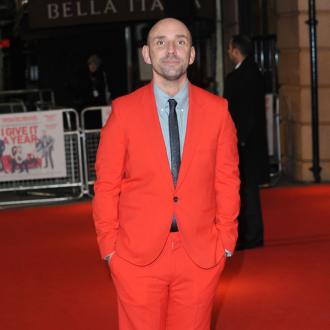 The British director has hinted he will team up with the funnyman - with whom he co-scripted 'Borat' and 'Bruno' - in the near future and sparked speculation he could be working on Sacha's new comedy 'The Lesbian' about the infamous Hong Kong billionaire who offered $65 million to anyone who succeeded in marrying his lesbian daughter.

Speaking at the London premiere of his directorial debut, romantic comedy 'I Give It A Year', Dan exclusively told BANG Showbiz: ''I think we'll probably do stuff together at some point...''

Probed as to whether he had anything to do with Sacha's new project, he remained coy and quipped: ''Maybe, we'll see. It's a very funny story and I think it'd be a great movie.''

The writer-turned-filmmaker has often divided opinions with his risqué humour and satirical jokes about cultural differences and sexuality, but he insists his primary aim isn't to shock or offend.

He explained: ''Every joke that I have is justified. There's always a greater meaning behind it or a deeper satirical point to it than just offending for offending's sake. I'm very confident that every joke that I write, direct or produce, I can stand up for and support.''

Dan also admitted he was open to celebrity cameos in future projects and would consider getting diva Mariah Carey involved after hearing she had demanded that 'Ali G' DVDs - a character he created with Sacha - be played during a massage session.

He said: ''Yeah, I'll have anyone! I'll bring anyone in as long as they can do the job and if they have a sense of humour, I'll be delighted.''

'I Give It A Year' stars Rose Byrne, Simon Baker, Stephen Merchant and Rafe Spall joined Dan on the red carpet in Leicester Square last night (24.01.13).