Poker and hard rock are companions whose paths have crossed plenty of times over the years, from whiskey-fueled games on countless tour buses to Lemmy’s rasping vocals on Ace of Spades. A lesser-known fact is that a handful of rockers are genuinely talented poker players who have done battle with the very best in the World Series of Poker and emerged victorious. 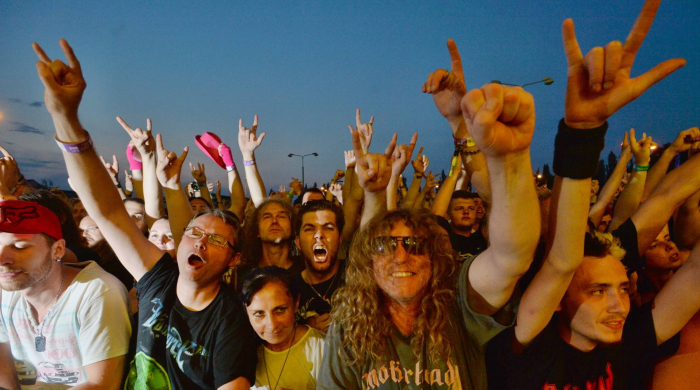 Two such improbable poker stars are Scott Ian of Anthrax fame and Alice in Chains founder Jerry Cantrell. The two have combined their forces, their musicianship and their love of cards in a new Las Vegas enterprise.

There’s no need to get dressed up for a night at Dead Man’s Hand. The vibe is definitely more grit than glamor, and on an average night, the leather jackets on display are old enough to buy their own beers.

The ethos of the bar is firmly focused on getting the basics right – great music, a relaxed atmosphere and a good choice of affordable drinks. The signature cocktails are a triumph of substance over style and are heavy on the whisky and light on the fruit and umbrellas.

Poker buddies across the years

When Messrs. Ian and Cantrell first learned to play poker, it was through a baptism of fire. No poker apps on smartphones back in the 70s and 80s, just the benefit of learning through bitter experience by being the novice at the table. It’s a case of sink or swim, and both did the latter, developing their skills as if their livelihoods depended on it – which they probably did.

Today, it’s a different story. The best online poker sites cater to all skill levels and bankrolls. Scott Ian, in particular, plays both online and at live tournaments, but if you are a newcomer, you can be confident your paths will not cross if you stick to the beginners’ tables. Ian was, in fact, something of an early adopter. Back in 2008, one of the major online poker platforms of the time was in a hurry to sign him up as a celebrity guest player. Before long, he was taking on the biggest names in poker, players like Phil Hellmuth and Annie Duke. He continues to play both live and online and his pro earnings amount to about $30,000.

What’s in a name?

The venue is named in honor of the mythical poker hand that was, according to popular legend, found clutched in the stiffening grasp of Wild Bill Hickok when he was shot dead during a game of poker. The hand consists of two pairs, black aces and black eights plus an unnamed hole card.

How much truth there is in the connection of Wild Bill Hickok and the Dead Man’s Hand is something nobody will ever know for sure. It certainly makes a good story, and that’s what cards, Las Vegas and rock music are really all about.