Disney is in talks with screenwriter Joe Ahearne about a live action version of its animated classic 'Beauty and the Beast' following the success of 'Oz the Great and Powerful'. 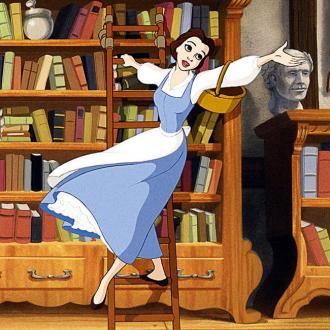 Disney is planning a live action 'Beauty and the Beast' film.

The studio is in talks with British screenwriter Joe Ahearne to script the adventurous film following the success of the James Franco-starring 'Oz the Great and Powerful', which grossed $80 million in its opening weekend in the US last week.

The film, which is tentatively titled 'The Beast', may be a darker take on the classic fairytale and is expected to be filmed in 3D like 'Oz' and Disney's 2010 re-imagining of 'Alice in Wonderland', according to Deadline.

Ahearne wrote the script for the upcoming Danny Boyle-directed heist thriller, 'Trance', while his other credits include TV shows 'The Secret of Crickley Hall' and 'Da Vinci's Demons'.

The film will be produced y Disney's LouAnne Brickhouse, along with Mandeville's David Hoberman and Todd Lieberman.

Disney released its critically acclaimed animated version of 'Beauty and the Beast' in 1991, which was re-released in 3D last year. The film earned over $400 million at the box office worldwide and was the first animated film to be nominated for Best Picture at the Academy Awards.

The classic movie is based on the French fairytale 'La Belle et la Bête' by Jeanne-Marie Le Prince de Beaumont.