Australian icon Chrissy Amphlet has passed away in her New York home after a long battle with cancer and multiple sclerosis. 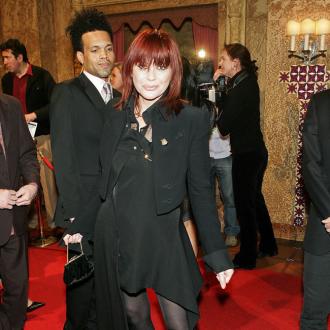 The 'I Touch Myself' hitmaker passed away age 53 in her New York home after losing her long-standing battle with cancer and multiple sclerosis.

The Australian icon - who first gained notoriety in 1980 - leaves behind her husband and former Divinyls drummer Charley Drayton.

Chrissy announced she had multiple sclerosis, a disorder of the brain and spinal cord, in 2007, before revealing she was suffering from breast cancer in 2010.

She posted on Facebook last year: ''Unfortunately the last 18 months have been a real challenge for me having breast cancer and MS and all the new places that will take you...

''I have not stopped singing throughout all this in my dreams and to be once again performing and doing what I love to do.''

Divinyls earned several hits in their native Australia in the 80s, including 'Pleasure And Pain', before storming the international charts in 1991 with their self-titled album and huge track 'I Touch Myself'.

The song has been covered by several artists, including Pink, who performed it during her Funhouse tour in 2009.

Tributes to Chrissy have come flooding in from fellow celebrities on Twitter, including Ben Folds' Ben Lee.

He tweeted: ''Remembering @BenFolds and I having a blast covering 'I Touch Myself' a few times over the years. Safe travels to Chrissy Amphlett (sic)''.

The Living End's Chris Cheney added: ''RIP Chrissy Amphlett. She was something else. Our rockwiz duet a career highlight for me, her talent and kindness was so inspiring (sic).''