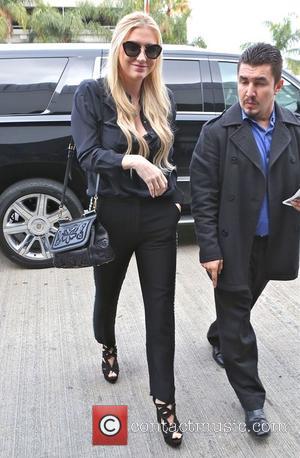 Music producer Dr. Luke has submitted new pieces of evidence to support his defamation case against Kesha in a bid to prove they did not have an abusive relationship.

The TiK ToK hitmaker made headlines in October (14) when she sensationally accused the producer, real name Lukasz Gottwald, of subjecting her to years of emotional and sexual abuse.

Dr. Luke hit back with a countersuit shortly afterwards, accusing the pop star of defamation and extortion and claiming she and her mother Pebe threatened to go public with their claims unless he released the singer from her contract with him.

He previously submitted documents to support his lawsuit including a deposition Kesha underwent in 2011 in which she swore under oath that she had never been intimate with him.

Dr. Luke has now filed a birthday card Kesha once sent to him. A photograph of the card, obtained by Tmz.com, shows the message, "To the Foxxy-est (sic) producer ever! Ur (sic) just getting better with time! Thank you 4 (for) helping me make my wildest dreams come true! I love you! Ke$ha."

He also submitted pleasant email exchanges between him and Pebe, including one from her which reads, "I hope you know, as much as you have been there for Kesha and me, that we will always be there for you, as family, and friends, if you need anything."

Dr. Luke previously filed a separate lawsuit against Kesha's mother, accusing her of orchestrating the allegations to get her daughter out of the recording contract.