The Duchess of Cambridge has topped a poll for the most desirable celebrity clothes in the UK, beating pop princess Cheryl Cole to the title. 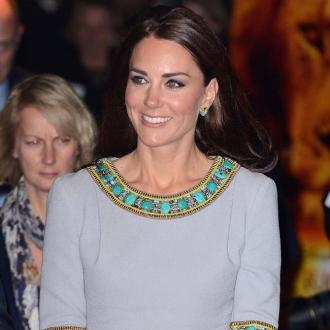 The Duchess of Cambridge has Britain's most enviable wardrobe.

The 31-year-old royal is the celebrity whose closet most women would love to raid, beating off stiff competition from runner-up Cheryl Cole in a poll of 1,000 women for the launch of the new Panasonic Lumix XS1.

Despite being heavily pregnant with her first child, Catherine has proved having a baby bump doesn't have to cramp your style, taking a massive quarter of the votes for her impeccable taste.

The duchess - known as Kate Middleton before her marriage to Prince William - is known for her impeccable taste and ability to sell out a garment in record speed.

This comes after Zayn Malik recently topped a poll of the most searched-for male celebrity style online for website MyCelebrityFashion. The One Direction heartthrob, who boasts a gravity-defying quiff and edgy dress sense, has knocked his fellow band mate Harry Styles off the top spot for the first time.

Find out more about the Panasonic Lumix XS1 camera at www.panasonic.co.uk.