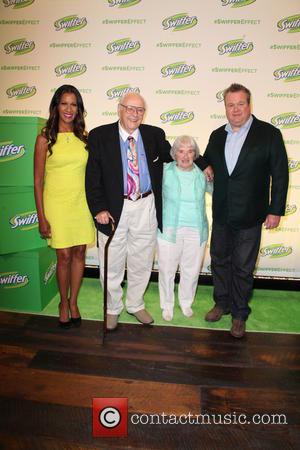 Former DR. WHO star Christopher Eccleston jumped at the chance to play John Lennon in new BBC film LENNON NAKED - because he has always been "fascinated" by the former Beatles star.
The actor, who bears a striking resemblance to Lennon in the film, admits he didn't need to do much research for the role - because he has read so many books about his musical hero.
Eccleston says, "Whenever anything came out I bought it, read it, even the s**t stuff like the (Albert) Goldman book.
"I identified with him (Lennon) because I think he's so flawed, with this compulsion to show the dark side of himself... It was an incredibly intense experience playing him."
And the actor came to a new understanding about his hero while making the film, which chronicles Lennon's love affair with Yoko Ono and the last days of the Beatles.
He tells Britain's Mojo magazine, "I'm not sure he ever recovered from the Beatles breaking up."
And he adds, "What a gift, to have tried to be him... It's like a piece of performance art... I love him."
Joining Eccleston in the film is Naoko Mori as Ono and Andrew Scott as Sir Paul MCCartney.