Eric Avery has quit Nine Inch Nails because he was too ''overwhelmed'' to commit to another year and a half of touring and wants to focus on his solo career in Los Angeles, California. 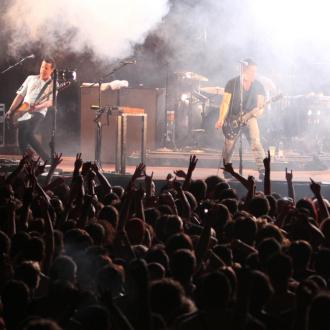 The 48-year-old bass player announced his decision to leave the band - formed of Trent Reznor, Alessandro Cortini, IIan Rubin, Adrian Belew and Josh Eustis - because he felt too ''overwhelmed'' to commit to over a year of touring.

He instead wants to focus on his solo career in Los Angeles and is grateful for the support of his bandmates on his life-changing decision.

Writing in a post on Facebook, Eric said: ''It's with very mixed emotions I tell you all that I'm pulling out of NIN [Nine Inch Nails]. I know. Its been a tough call and I don't know if it's the right one.

''But I really want to focus on my musical life here in LA, on film work in particular. As the tour dates kept growing ... I just got overwhelmed.

''I just got home from a year of heavy travel with Garbage, the idea of leaving town for another year and a half, and with all the intensity that Nails demands ... fortunately my friend Trent understands all this and appreciated my pulling the plug now instead of deep into 2013 and 14.''

The Nine Inch Nails have now been left in the lurch following the musician's decision to walk away and will have to find a replacement bassist before the summer months kick in, as they are set to play at Reading and Leeds festival as well as hit America, with more tour dates to yet be announced.