Angie Everhart says her friend Prince Andrew is a ''fantastic'' godfather to her 19-month-old son Kayden. 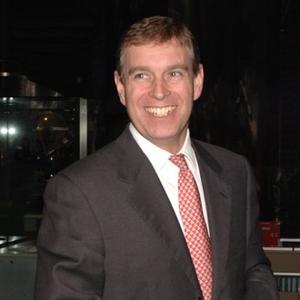 Model Angie Everhart asked her royal pal to take on the spiritual guidance of her 19-month-old son Kayden - her child with former boyfriend Chad Stansbury - and thinks he is doing a wonderful job.

She said: "Prince Andrew is one of the first people I told about the pregnancy. He's a very good friend. He's someone who's always there, very supportive.

"There's no better man, he's absolutely fantastic. The Godfather is like a father figure, so if something happens to me, God Forbid, he will take care of Kayden. It's a big responsibility and shows what a great person he is."

On Kayden's first birthday, Andrew took Angie and the little boy for a tour of Buckingham Palace and the US beauty admits she found the situation overwhelming.

"To see my son taking faltering Steps in those rooms was incredible. Somewhere inside of me, I'm still the girl from Akron, Ohio; to see Kayden with his godfather, Prince Andrew, in Buckingham Palace was super cool."