The FBI is reportedly ''honing in'' on a group of hackers who stole nude pictures of Scarlett Johansson and which have appeared on the internet. 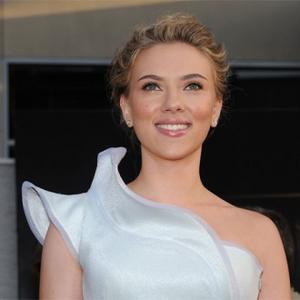 The FBI is reportedly "honing in" on a group of hackers who stole naked pictures of Scarlett Johansson from her phone.

The images - which include one of the actress holding a towel with her rear reflected in a mirror and another of her topless lying on a bed - were leaked onto the internet on Wednesday (14.09.11) resulting in the 'Avengers' star's representatives calling the FBI (Federal Bureau of Investigation) to deal with the situation.

Investigators are said to know the identity of at least one of the hackers, who is thought to be the ringleader of the operation, according to TMZ.com.

Scarlett's lawyer, Marty Singer, is threatening legal action against any websites who have posted the pictures and has issued a letter to a number of internet publishers stating the images are "stolen copyright protected private photographs".

'Friends with Benefits' co-stars Mila Kunis and Justin Timberlake are also thought to have been the victims of the same hackers after a shirtless snap of the 'Social Network' actor appeared on the internet.

Laura Eimiller, of the FBI office in Los Angeles, explained: "The FBI is investigating the person or groups responsible for a series of computer intrusions involving high-profile figures."

However, she did not name any of the alleged victims "due to the pending nature" of the investigation.