Stuntman Michael 'Crazy Mike' Gaboff is suing the producers of 'Ghost Rider: Spirit of Vengeance' for over $1 million in damages after a promotional stunt left him with life-threatening injuries. 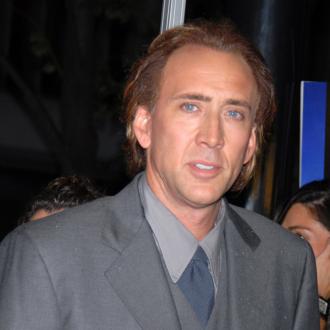 A stuntman is suing the producers of 'Ghost Rider: Spirit of Vengeance' for over $1 million in damages.

Michael 'Crazy Mike' Gaboff has brought a lawsuit against the bosses of the comic book film - which stars Nicolas Cage as the titular character - after a promotional stunt went wrong and left him with life-threatening injuries.

Gaboff was left with a broken back, collapsed lungs and second-degree burns after he drove a motorbike into a lake while on fire in an attempt to recreate the flaming skulled anti-hero's antics.

He claims producers Break Media, Sony Pictures and Next Point, Inc. were negligent in the execution of the stunt in April 2012 - which was organised to promote the DVD release of the movie - and his lawsuit states the producers showed ''a conscious disregard of the safety of those observing the activity''.

Gaboff was hospitalised for an extended period of time and incurred over $1 million worth of hospital bills due to his injuries.

Meanwhile, Cage has distanced himself from appearing in a third 'Ghost Rider' film.

The 49-year-old actor believes he is done with Johnny Blaze and his supernatural alter-ego but he believes a third movie could go ahead with a new lead actor.

Speaking about a 'Ghost Rider 3' movie with website Collider, comic book lover Cage said: ''It's possible, but it won't be with me. I've said what I have to say. I don't want to say never ... anything's possible. But I doubt, highly, that I would be in a third instalment of that.''