A Glimpse Into the Life of Ramin Djwadi, the Man Behind the Game of Thrones Score

When “Game of Thrones” first went into production, no one quite knew what to expect. Finally, filming end and the show aired for the first time on America’s HBO TV channel on April 17, 2011. Eight seasons were broadcast, consisting in total of 73 episodes and the program finally came to an end on May 19, 2019. 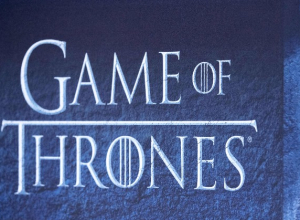 The show turned out to be a massive hit. Fans couldn’t get enough. As the series gained popularity, naturally there was a huge increase in the amount of merchandise relating to the franchise. These ranged from the standard action figures, board games like Monopolyand online games like Game of Thrones slots to more weird and wonderful selections like dragon eggs, replica thrones and Dothraki language books!

One thing for which the series will be remembered is its epic score. Below is a look at the man behind the Game of Thrones music, Ramin Djawadi, and at how the score compares with other TV themes out there.

The life of Djawadi

Ramin Djwadi has already made some considerable contributions to the music of TV and film, including work on “Westworld,” “Iron Man” and “Eternals.” It’s his work on the “Game of Thrones” score, however, that has earned the German-Iranian composer the most recognition.

The work is highly distinctive, mostly due to the fact that in the first five seasons there was no piano. The makers of the show felt the instrument was too delicate for the brutal events that take place in the show. It wasn’t until season six that a piano finally made its entrance into the soundtrack.

Djawadi was born in West Germany but moved to the US to study music. He graduated with Honours from the Berklee College of Music and was later spotted by the great Hans Zimmer, who has worked on some of the biggest movies around. Zimmer mentored him. Big screen productions on which you’ll find Zimmer’s name amongst the credits for the music include the “Pirates of the Caribbean” series, “Gladiator,” the “Dark Knight” trilogy and “The Last Samurai,” to name but a few.

Djawadi’s style fuses Middle Eastern, Romantic and other influences. However, you’d be wrong to think the composer has grown up with a love purely for orchestral music. During his teenage days in Duisburg, in Germany, he attended concerts by thrash metal band Anthrax, played guitar and was a massive fan of six-string legends such as Stevie Vai.

Growing up in the Rhineland, made it impossible to avoid classical music. This appreciation of wildly contrasting genres of music has allowed him to develop a complex style that is also a crowd-pleaser.

Djawadi rents a studio at Zimmer’s Remote Control Productions, where he honed his creative sensibility, and the first TV show he lent his skills to was the smash hit “Prison Break.” There he was under incredible pressure and learned to write music quickly.

Since he began work on the show, he’s managed to live a dream of playing to live audiences, not quite as a rocker as he was in his teenage band Antagonist, but as part of the Game of Thrones Live Experience. As well as playing instruments, he’s MC-ed ats these major events.

Comparing the Game of Thrones score versus other TV themes

Working on serialized TV calls for massive volumes of composition. John Williams, having worked on the eight “Star Wars” films, has overseen more than 18 hours running, which isn’t even as long as two series of “Game of Thrones”. Thankfully, the turnaround times on the show are a lot more comfortable than his “Prison Break” days, though the production process is more elaborate. After writing the songs, he must send the notations to an orchestra in Prague. This is much different to creating the songs on the studio computers.

But just how well does the Game of Thrones theme compare to other TV shows out there? British radio station Classic FM, which, as you might expect, focuses on broadcasting classical music, published a rundown of the best TV themes ever written on its website. Unfortunately, for Djawadi and the “Game of Thrones” team, the article didn’t place the score in the top spot on the list. Detective TV show “Morse” claimed that. Of note in the tune was the clever use of Morse code in honor of the title character’s name.

“Game of Thrones” did still receive high recognition, however, coming in at number four on the list. The article acknowledged the punchy nature of the theme, and the solo cello and strings. The percussion was considered strong, whereas the woodwind theme was described as being more reflective and adding a bit of introspection and reflection.

“Game of Thrones” was a major hit, to an extent no one expected. That goes for the theme tune too. Some may even think of it as Ramin Djawadi’s greatest work. Surely it will have been a pleasure for him to have been part of such a major production and contributed to its unbridled success.