Harrods has launched a Roaring Twenties-style cocktail bar to celebrate the release of Baz Luhrrman's hotly anticipated 'The Great Gatsby'. 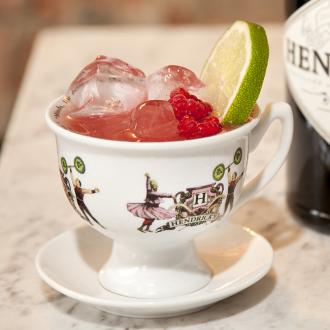 The London department store is celebrating the release of Baz Luhrrman's opulent drama - which stars Leonardo Dicaprio, Carey Mulligan, Tobey Maguire and Joel Edgerton - by transforming its wine shop into a 1920s-style speakeasy called Cocktails and All That Jazz.

The pop-up bar - which launches today (09.05.13) and is open until May 20 - boasts a selection of sumptuous alcoholic beverages which were popular during the Roaring Twenties, including an old-fashioned Martini and a tasty cocktail made with Hendrick's Gin and served in a fine china tea cup. Other spirits on offer include Courvoisier Exclusif VSOP Cognac, Johnnie Walker Double Black, The Macallan Amber Malt Whisky and Stolichnaya Elit Vodka.

The lavish store spared no expense in bringing to life its new bar with an art-deco theme which includes authentic props such as a gramophone.

Luhrrman's highly anticipated 'The Great Gatsby', based on F. Scott Fitzgerald's 1925 novel of the same name, is set to premiere at Cannes Film Festival on May 15.

Harrods' Cocktails and All That Jazz is located in the Wine Shop on the lower ground floor.