Coachella remains one of the biggest music events in the world.

As the world slowly begins to recover from the COVID-19 pandemic and the idea of group activities becomes more viable, the question of music festivals inevitably comes to mind. One of the more infamous of these is, of course, Coachella. The Coachella Valley Music and Arts Festival, given its full title, is one of the most popular music festivals in the world and has hosted some truly incredible headliners since its launch. 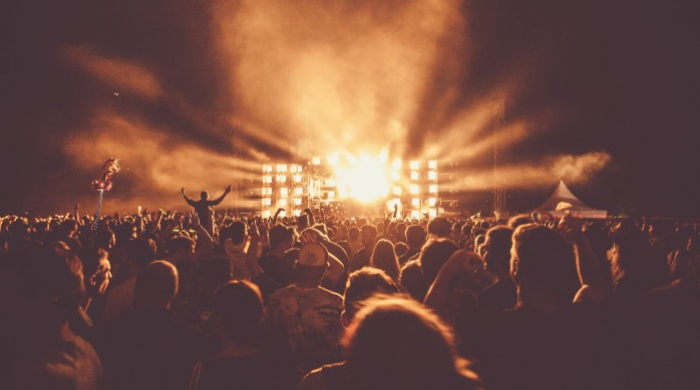 Following recent reports of the festival’s supposed move from October 2021 to April 2022, now, more than ever is the perfect opportunity to relieve the festival’s past glory.

Coachella originated from a 1993 Pearl Jam concert. Performed on November 5th at the Empire Polo Club, the group rejected conventional venues associated with Ticketmaster and instead opted for a more ‘indie’ setting. Pearl Jam’s show was a success and the unusual site – a large lawn lined with palms – was named a boon by various journalists. The smooth process, along with the quick acceptance of the somewhat out-of-the-way location, illustrated the site’s viability for large events. This is what laid the foundation for the future festival to come.

It wasn’t until Goldenvoice, the concert promotion company responsible for booking the venue for Pearl Jam, struggled to book artists around 1997 that the idea of a music festival with ‘trendy’ musicians took root. Big names were opting for companies with larger budgets than Goldenvoice, and the promoter thought that perhaps a show with a collection of somewhat less-popular acts would prove a draw even without the star power of a more established headliner. Goldenvoice employees attended the Glastonbury Festival in 1997 to recruit bands and hand out pamphlets to potential concertgoers.

Goldenvoice initially wanted to launch the festival in 1998, however, securing approval from the city council proved to be a lengthy process. It wasn’t until July of 1999 that the council finally agreed and the dates for the inaugural show were quickly set as 8th–9th October. The biggest challenges organisers encountered after the approval came not so much from bureaucratic red tape but rather from the poor reputation of unrelated festivals.

Woodstock ’99 was a much-promoted event that ended in violence just a few weeks before Coachella made its announcement, and potential visitors were cautious. The Woodstock festival had been marred by sexual assault, arson, and looting – events that lead to national news coverage and much disapproval in the press. Goldenvoice decided to brand Coachella as a ‘high-comfort’ experience and emphasised perks like free water, misting tents, and ample restrooms in a bid to differentiate itself from the disastrous Woodstock show.

Coachella’s first festival was headlined by Tool, Beck, and Rage Against the Machine, acts that were booked based on their perceived artistry rather than their mainstream popularity. The Empire Polo Club proved yet again to be a smart venue for large-scale events and offered visitors a lush, green environment that stood out from the muddy sites that had previously been associated with music festivals.

The event itself was reminiscent of open-air European events rather than the more rock-focused vision of Woodstock and was a resounding PR success, albeit it a financial failure. While the promoters didn’t quite hit their ideal audience, they successfully separated their image from Woodstock ‘99’s violence and reviewers were generally positive about their experiences.

Jane’s Addiction and the second show: 2001

Despite the first festival going well and receiving favourable reviews, Coachella was not brought back right away. Goldenvoice ultimately staged a separate festival in 2000 and Coachella’s future was an uncertain one.

When Anschutz Entertainment Group (AEG) purchased Goldenvoice in 2001, however, the executives opted to keep staging the festival even if it incurred losses at first. It did, indeed, lose money for several more years. Jane’s Addiction played a big role in the successful second festival, agreeing to play for a deferred paycheck after Goldenvoice was unable to pay for a headliner. Perry Farrell continued to work with Coachella in various capacities for the next decade, too, and became an important part of the event.

The event drew its largest crowd yet and set the stage for 2004 when the Cure and Radiohead headlined. That year was the first sellout for the festival, with visitors topping out at about 110,000 – nearly double the guest count of the previous year. 2004 is widely accepted as the ‘turning point’ that saw Coachella turn into a globally recognised event and elevated it well beyond a local music festival. It became a world-class event with popular artists increasingly interested in attending.

Coachella faced a few challenges along its continuing path to success. In 2008, for example, the festival lost money due to lower-than-expected ticket sales paired with higher-than-average booking fees for Roger Waters and Prince.

Then, 10 years later, in 2018, there were rising concerns about sexual abuse at the festival, leading the organisers to announce reforms to combat the issue, including the introduction of safety ambassadors. Still, the festival has seen overall critical acclaim and increasing success over the years.

Back in 2011, Goldenvoice announced that future events, beginning with the 2012 show, would be spread across two weekends. While this was initially regarded as a risky move, it was an important one to ensure the safety of the increasing crowds and the acts entertaining them. The festival rose to the occasion, with 2012 tickets selling out within three hours and grossed nearly $50m. In 2013, Coachella boasted 180,000 guests and was the top music festival both domestically and internationally.

When the festival was cancelled due to the COVID-19 pandemic last year, Coachella Valley primarily attracted fans of socially distanced gambling instead.

What lies in store for Coachella moving forward? While concrete dates for the next festival are yet to be announced, the anticipated event will certainly herald live music back into the industry.