How Could Fitness Freak Andrew Marr, 50, Have A Stroke? 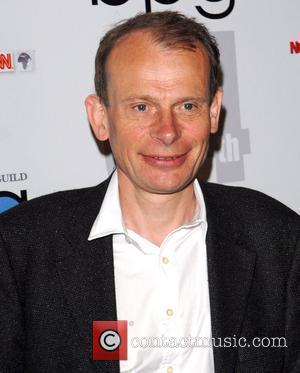 Andrew Marr, the 50-year-old BBC presenter and incredibly keen runner, is recovering in hospital after suffering a stroke. The typical stroke patient is often thought of as being elderly, potentially overweight and a smoker - so what stopped the blood from running to Marr's brain correctly?

As the BBC reports, anyone of any age can suffer from a stroke, with 150,000 people in the UK having a stroke each year - a quarter of them are under 65. Risky lifestyle choices increase the chances of a stroke, including smoking, "carrying too much weight around the belly" and being too fond of alcohol. In his high pressure working environment, it is possible that a sudden peak in blood pressure could have caused Marr's stroke, though this has not be confirmed. There is also mixed evidence around the impact of drinking a lot of coffee as well as irregular heartbeats and blood pools in the heart.

The BBC presenter is by no means the only high profile individual to suffer a stroke at an early age. The actress Sharon Stone was 44 when she was hospitalised, while Samantha Morton was even younger at 31. Legendary tennis player Rod Laver was 59 when he suffered a stroke, while Playboy magnate Hugh Hefner was in his late fifties. Dr Clare Walton from the Stroke Association said, "I would say that it is a common misconception that this is a condition of just the elderly. A quarter of strokes are in working-age people and children and babies also have strokes."